Young, nice and love have a good fun .

Looking for someone who has the day off or a flexible schedule. Let's hang out today and enjoy hump day! Drinks, grab a bite, or just enjoy a walk. Let's get to know eachother. I'm looking to connect with a new friend. I am excited.

Please send a few photos in order to hear back from me ;)

Meeting with me is not only a sensational private time, but also atmosphere of pleasure, I always enjoy time together and I try to take care of you on highest level

We arrived late at night on the bus from Bangkok which was a strange experience in itself, like something out of a Hunter S. Thompson book, with the only difference being we were not viewing the world from a chemically induced state. To imagine these programs try to imagine all of the tacky, tasteless kitsch parts of every bad western game show, combined with every cartoon sound effect ever created. This was repeated at nauseam over, and over whenever one of the extremely bad actors moved, smiled, frowned, or spoke or should I say "crowed" since they must have been selected via an "Unusual Voice Contest".

The main female actors voice could be summed up as: Imagine if you grab a rooster's neck in mid crow, and squeeze on and off just enough to modulate the sound, and throw in lots of canned laughs, and cartoon sound effects every time anything happens!!! To make matters worse the volume was all the way up, so finally in a very polite way I asked the bus attendant to please turn down the volume while pointing at the speaker right above us. She asked my lady something in Thai, and she replied with her most used phrase in Thailand "Sorry, No Con Thai" then the bus attendant promptly turned down the volume. Ahhh that's better. Our reason for coming here was to experience a Thai city which is not so frequented by tourism.

So the next morning we headed out to explore Chanthaburi. I actually began to feel that the local Thai people opened up a bit, and dropped the act when they found out she was not Thai. She also began to notice that somehow the people were more friendly and genuine when they discovered that she was not Thai. 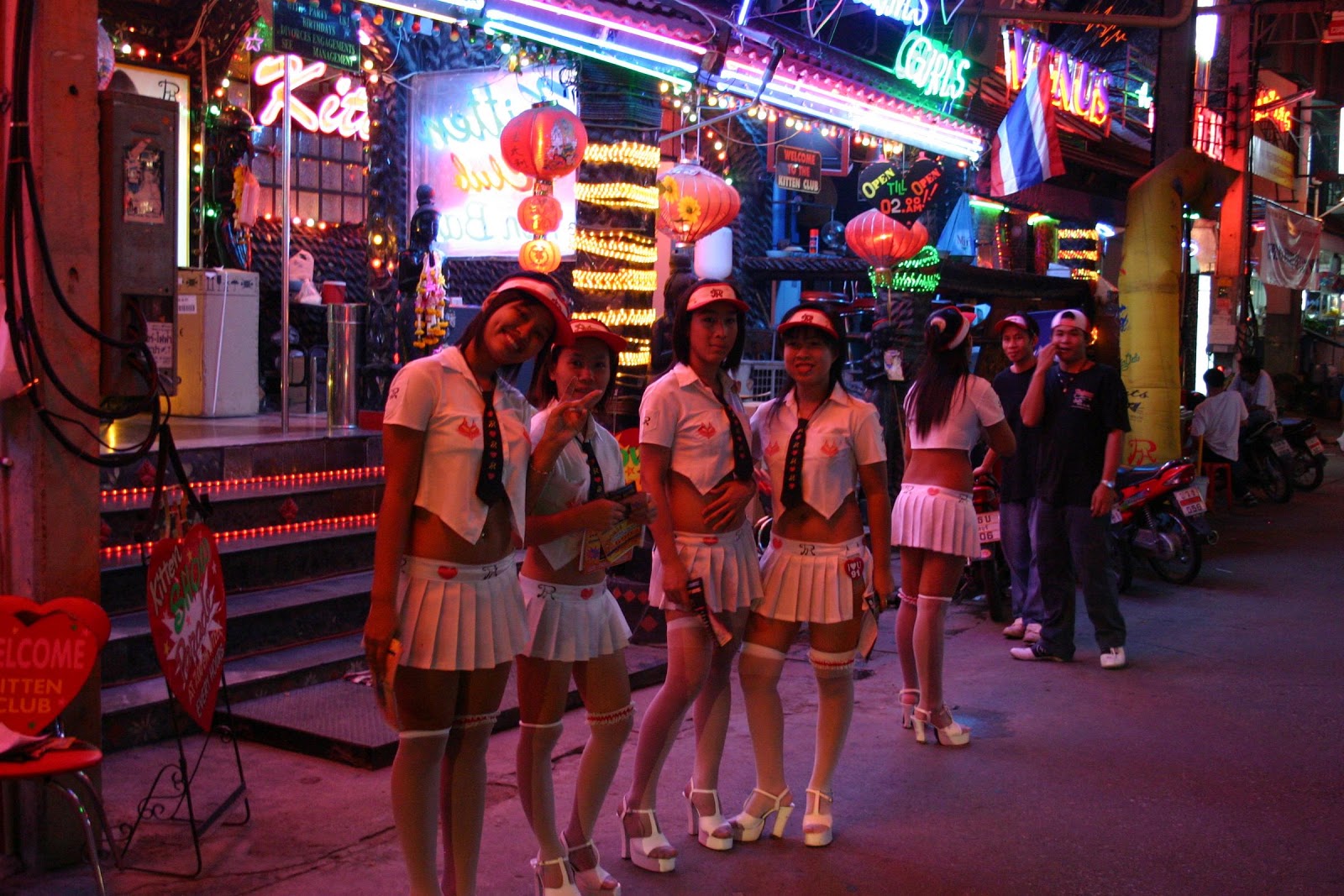 I was puzzled by this behavior, maybe Mrs. Stickman could shed some light on this phenomenon? All in all this made our experience wonderful, we ate our meals down the local side streets, where we saw collections of food stalls once we figured out how it worked. You told each vendor what you wanted and sat down at a table, then they brought you the food. At the end of your meal a teenage boy collected the money, we laughed one day when we got the bill after lunch one day and it was a total of 88 baht for soup, crab fried rice, and Thai ice tea for 2 people!!!