A striking combination of East and West, I offer you the best of both worlds - a courtesan's grace and refinement, a sensualist's touch and a libertine's hunger for passion and pleasure

Classy Companion based in Sandton for the executives

About me, i'm the first albino male escort, i'm rare original and sex

Navigation:
Other sluts from England:

By Lara Keay For Mailonline. This is the shocking moment a couple were pictured having sex at the back of a bus. The over-amorous pair were spotted by stunned passers-by on the bus in Prestwich, Manchester on Tuesday. Gas engineer John Dolan was waiting in his van when he saw the woman straddling the man on the top deck.

After he 'noticed movement' he pulled out his phone to show his wife, who branded the video 'disgusting'. He didn't plan on sharing the clip until he noticed the bus heading in the direction of a nearby secondary school, so he decided to shame the pair. The post has since attracted more than , views - with social media users outraged by the reckless exhibitionists. 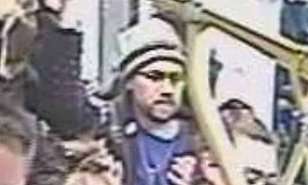 Mr Dolan, from Manchester, said: 'It was mad - very strange. It's just wrong. They slowed down a bit when the bus stopped but were still at it, then carried on again as it pulled off.

She'd probably have a heart attack. Mr Dolan had initially sniggered at the display, before realising the road had at least three schools on it. As he sent the video to his wife, she also commented on how 'disgusting' the lovers were. Mr Dolan said: 'There's a sandwich shop round the corner and I was waiting in the van for my mates to come out.

She must have seen it because she looked about embarrassed. There's a high school about a minute down the road and it was heading in that direction. Obviously I'm a lad and I find it funny. The views expressed in the contents above are those of our users and do not necessarily reflect the views of MailOnline. Share this article Share. Share or comment on this article: Couple spotted having sex at back of double decker bus in Prestwich Manchester e-mail Comments Share what you think.