i am an elegant and charming lady from slovakia with an appetite for the new and unknown.

Thank you for your time, lets enjoy the life.

Navigation:
Other sluts from Austria:

Nestled in plain sight in the city of Vienna the club is too large and well advertised for most people to miss. While Goldentime is easily accessible by both foot and public transportation I would imagine that most people reach it by vehicle. Plenty of locals and others from around Europe drive themselves as evidenced by the large parking lot which is normally filled with automobiles and taxis bring in many more.

Once customers enter the club they come to a sort of open lobby with a desk at its center. Above the desk large flat screen televisions show a video loop featuring thousands of mostly blond European women who look like supermodels. Behind the desk sits one of several attendants. The people who work behind the scenes at Goldentime are multilingual. 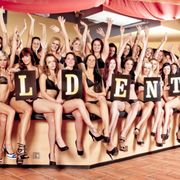 All can speak the local version of German and will typically start with this though most can and will quickly switch into English or any other language they are capable of speaking if they realize they are dealing with a foreigner.

The front desk workers are all fluent in English which is probably a requirement of their work and not out of the norm in Austria in any case. A lot of guys from Austria and Germany do visit the club but a fare share of others from places as far away as Canada and Japan also stop through on a normal basis. First timers get a rundown of the way the place works.

Those who have been to FKK clubs around Europe will already know the deal. Guys get a wrist band with a locker key when they enter. They put their street clothes inside and shower in the large locker room before putting on the provided robe and slippers and heading out into the even larger lounge area.